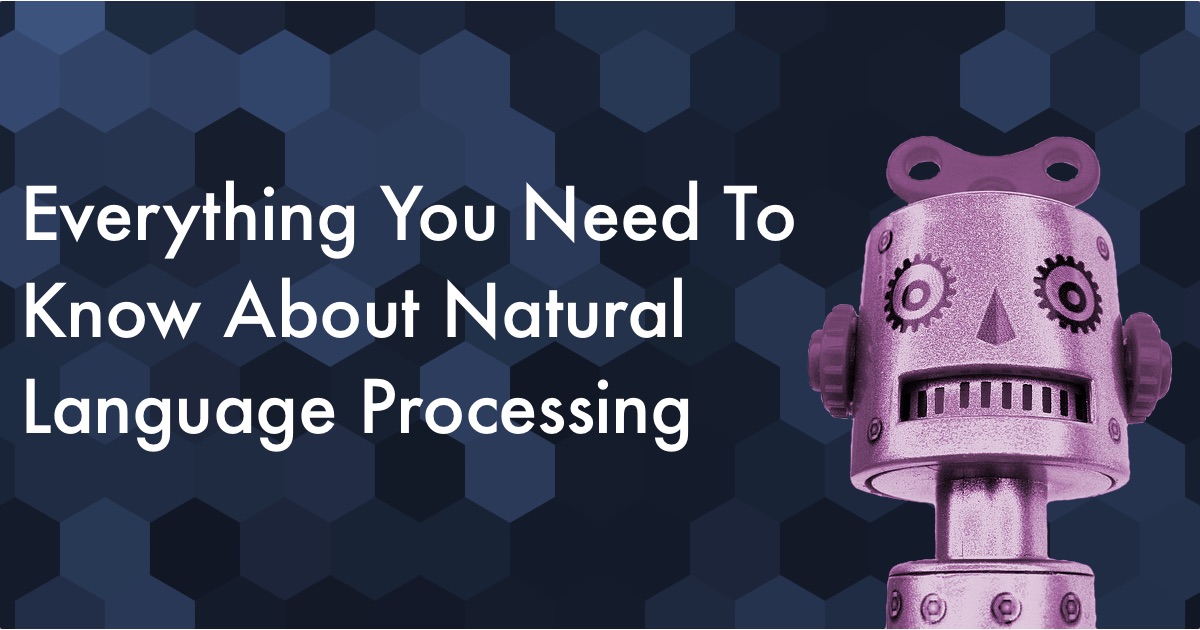 NLP is a way for computers to analyze, understand, and derive meaning from human language in a smart and useful way. By utilizing NLP, developers can organize and structure knowledge to perform tasks such as automatic summarization, translation, named entity recognition, relationship extraction, sentiment analysis, speech recognition, and topic segmentation.

NLP is characterized as a hard problem in computer science. Human language is rarely precise, or plainly spoken. To understand human language is to understand not only the words, but the concepts and how they’re linked together to create meaning. Despite language being one of the easiest things for humans to learn, the ambiguity of language is what makes natural language processing a difficult problem for computers to master.
What Can Developers Use NLP Algorithms For?

NLP algorithms are typically based on machine learning algorithms. Instead of hand-coding large sets of rules, NLP can rely on machine learning to automatically learn these rules by analyzing a set of examples (i.e. a large corpus, like a book, down to a collection of sentences), and making a statical inference. In general, the more data analyzed, the more accurate the model will be.

Summarize blocks of text using Summarizer to extract the most important and central ideas while ignoring irrelevant information.
Create a chat bot using Parsey McParseface, a language parsing deep learning model made by Google that uses Point-of-Speech tagging.
Automatically generate keyword tags from content using AutoTag, which leverages LDA, a technique that discovers topics contained within a body of text.
Identify the type of entity extracted, such as it being a person, place, or organization using Named Entity Recognition.
Use Sentiment Analysis to identify the sentiment of a string of text, from very negative to neutral to very positive.
Reduce words to their root, or stem, using PorterStemmer, or break up text into tokens using Tokenizer.

These libraries provide the algorithmic building blocks of NLP in real-world applications. Algorithmia provides a free API endpoint for many of these algorithms, without ever having to setup or provision servers and infrastructure.